About the Hotel Project 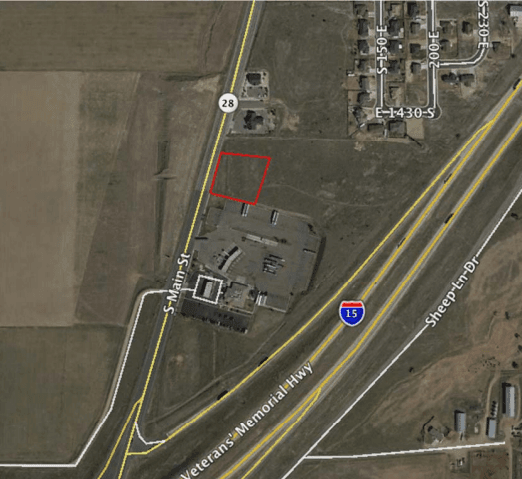 Nephi City is engaged in a number of economic development strategies to increase the tax base and encourage existing businesses.  One of those efforts has been to encourage the development of a mid-tier hotel with an available conference space to Nephi.  Nephi City has recently made investments to additional recreational facilities and provides substantial assistance to the numerous summer events with the goal of increasing the number of visits to the community.  The City Council began to look at this hotel possibility back in 2013 and contacted a company who specialized in city economic development to assist with this project.  In 2015 a feasibility study was conducted that showed that, with some public assistance, a mid-tier hotel could locate in Nephi.  The State of Utah allows cities to pursue economic development options like this using a tool called a "Community Reinvestment Area" or CRA. The city set up a CRA for the hotel project in 2017.  The economic incentives set up for this project are as follows:

- The governing agency of the CRA would borrow $1.3 million dollars in a public assistance loan and provide that to a hotel developer for infrastructure improvements on the project.  The rest of the project cost would be provided by the hotel developer and is estimated to be around $7 million.

- The CRA worked with all taxing entities in the area (Juab School District, Nephi City, Juab County, East Juab Water Conservancy District, Juab Special Service Fire District, and the Central Utah Water Conservancy District) to agree to use tax revenues generated from the hotel project to be used to pay debt payments on the public assistance loan.  The annual tax revenue projections were estimated to be 25% higher than what would be needed to pay the debt payment each year.

- While working with the bank who would lend the money for the public assistance loan, they found that they needed an additional guaranty to make the loan meet federal guidelines for risk.  Nephi City agreed in January of 2019 to provide this guaranty.  This allows for the CRA to seek competitive interest rates on the public assistance loan but also carries a risk associated with the project.  If the CRA does not generate sufficient tax revenues, the city would need to provide funding to meet any shortfall.  The city has already agreed to place any current year tax surplus into a holding account for this possibility.  The risk that the city would need to provide this funding for a shortfall is estimated to be low.

What are the property tax incentives for this project?
There are no direct property tax incentives for this hotel project.  The tax revenues from the hotel development (property taxes, sales taxes, transient room taxes) will be collected and used to pay the debt on a bond.  The bond will be used to provide some assistance for the construction of the hotel.  The hotel owner will pay all taxes the way they normally would once the hotel is in operation.
Are tax dollars being spent to fund this project?
The future tax revenues from the hotel project will be used to pay the debt service payments on a public bond.  The bond for the hotel construction will be $1.3 million, the remaining portion of the project is funded through private funds.
Why did Nephi City offer a guaranty to the bank for the project?
It is common for banks to reduce risk by requiring that there be an additional guaranty along with the collateral of the property.  With Nephi's strong credit position, it has an opportunity to receive a competitive interest rate by providing this guaranty.
What does the "guaranty" by the city mean?
It means that if the project were unable to generate sufficient tax revenue each year to meet debt payment requirements, the city would need to step in and provide for any shortfall for that year.  This is a fairly low risk.  The project is estimated to produce 25% more in tax revenue each year than would be needed to fund the debt payment requirements.  This means that there will be a fund balance that builds each year the hotel is in operation that could be used for any shortfall before turning to city funds.  In addition, the City Council has agreed to place any current year sales tax amounts above the budgeted level into a holding account.  This holding account would act as a reserve fund in case a shortfall ever occurred.
Why is having a conference space important?
One of the economic development goals of the city is to take advantage of Nephi's central location within the state of Utah.  By hosting trainings and conferences in Nephi, it promotes additional sales tax growth.  This sales tax growth can then be used to fund other amenities like recreation facilities, parks, etc. that benefit residents.
Why is the government involved in a private venture?
Many governments offer public incentives to further economic development goals.  The State of Utah allows governments to work together and agree on how to structure any economic development options through something called a "Community Reinvestment Area".  In this case, the governments (Juab School District, Nephi City, Juab County, East Juab Water Conservancy District, Juab Special Service Fire District, and the Central Utah Water Conservancy District) led by the city agreed to use tax revenues to encourage the development of a mid-tier level hotel with amenities (pool, business center, fitness center, etc.) and a conference area to locate to Nephi.  The economic development goals of the city are to use Nephi's central location as a place to host conferences and training sessions from around the state.  In addition, with the investments being made in recreational facilities, more tournament play can be held in Nephi and increase the number of visits to the community.  This is in addition to the high traffic summer events already being held in the area.
How will this project affect the Recreation projects and recently passed Parks, Arts & Recreation (PAR) tax?
This project does not affect either of these items.  The PAR tax will still be collected and the the recreation, arts, and parks projects will move forward.  The hotel can provide additional room supply for anticipated increases in tournament play.
Why can't this money be used to fund other things in the city?
According to the state law, the money generated from a development in the Community Reinvestment Area must be reinvested back into the same area and cannot be used to fund improvements in other areas of the community.